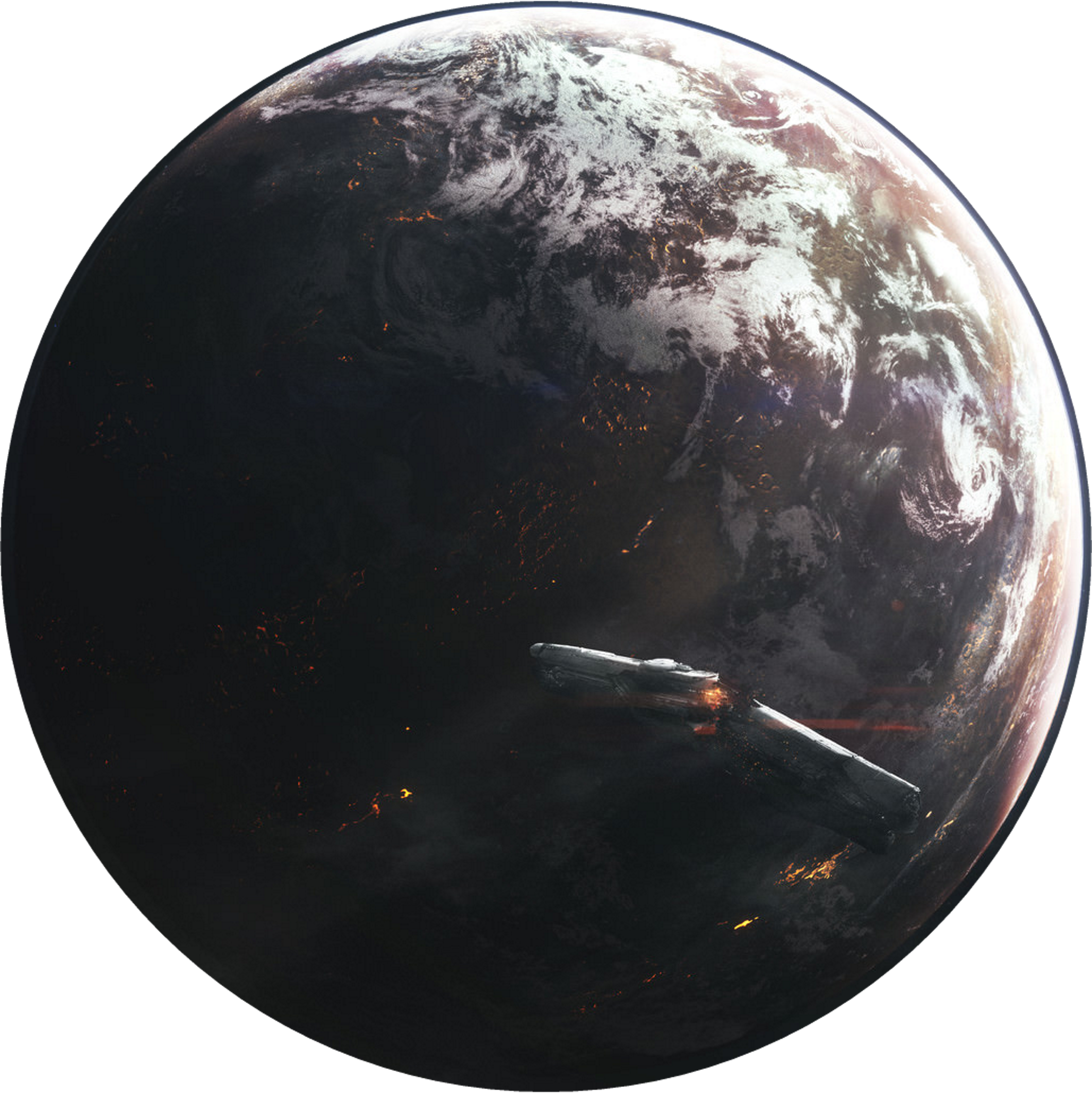 A higher than Earth gravity planet. The wildlife is extremely dangerous, with some able to imitate voices. The people make for expert survivalists and hunters, with large scale hunting tournaments every quarter.

The third planet of Zeta Zaria, located some 35 light years from Earth, it is an eight planet system and with two moons of its own named Rehema & Virgil. It is the only terrestrial planet in the system orbiting at 1.09AU,with a year of 8540 hours (Or just over 355 days). Technically a super earth, it has a somewhat significantly lower gravity than was expected in initial surveys. This is a source of investigation for local FFRL elements, as to determine what causes such a fluctuation. Of its aspects, it has 1.44x the Earth's radius, 1.55x the Land area, 3.26x the Mass, & only 1.10x the density. On top of this, while its atmosphere is breathable, its pressure of 1.48x the Earth's atmosphere, makes it easier to intake oxygen. Its retention index is a 3 due to its population and industry.

The main exports of Arcadia come in the form of exotic foods and air, both compressed and that based for life support systems where farmland, hunting and large businesses reap the advantages of the atmosphere. However, it does require imports in the form of metals and ores. Covering as much as possible in farms and hunting grounds has left the planet without the ability to produce much mining, with any prospective mines being turned down by the government for fear that it would pollute the atmosphere and ruin their existing industries. As such, the government keeps a stockpile of building materials in the event repairs are needed for the colony or if new constructions are required. When this draws low, the colony will mass-buy to get back to its required levels. This can lead to waves of bankruptcy and growth, which with resources being low post-civil war could be leading the colony to an unprecedented collapse.

The main businesses on Arcadia belong to the hunting trade and Air separation. Its main export being compressed oxygen and nitrogen, it is in the upper percentile of suppliers of air for the countless stations and outposts which cannot produce oxygen on their own to sufficient amounts. It also produces no small amount of rare gases to be exported. Besides these, there are farms and butchers across the colony, alien life deemed edible being more than enough to cover the population and enable exporting of it to clientele who prefer something other than wheat and beef.

The people of Arcadia are a hardy pessimistic bunch. Quite literally living a pressured life, the populace not within the walled settlements make for expert hunters and survivalists from having to deal with the dangerous wildlife. Because of this, a significant amount of the population are citizens to use their skills in the Mobile Infantry and its various specialisations. Hunting is a popular and dangerous pass time for those outside the fortified cities, with those who are not citizens having to rely on more primitive weaponry such as bows or spears. As such, organised hunting groups tend to include at least one citizen so that there is a firearm available in the event that their prey gets the drop on them.

The native fauna are some of the most aggressive lifeforms on a Federal colony, bar Arachnids. The native lifeforms are highly competitive and eliminated the imported animals from Earth. With the increased oxygen density it has enabled the life to become larger than that on Earth with denser bones and muscles from increased gravity. While not the size of the largest dinosaurs, the majority of animal life is as large if not larger than the average human which leads to many considering the relatively new arrivals a source of food if they're not careful.

The chief example of why Arcadians need to be careful when leaving their cities is the Imitatus Mantodea or Imitating Mantis. The land apex predator of the planet, an adult can grow to six foot tall, has a full body exoskeleton and a set of four wings which, while not being strong enough to fly, enables it to jump for further distances. Its main danger comes from its ability to imitate sounds to lure in its prey and from its two talons used to slash through its prey. Because of these talons and its aggressive nature, there are theories from Xenobiologists that it is a distant relation to Arachnid Warriors, though how it evolved or devolved into the new species if that is the case is unknown.