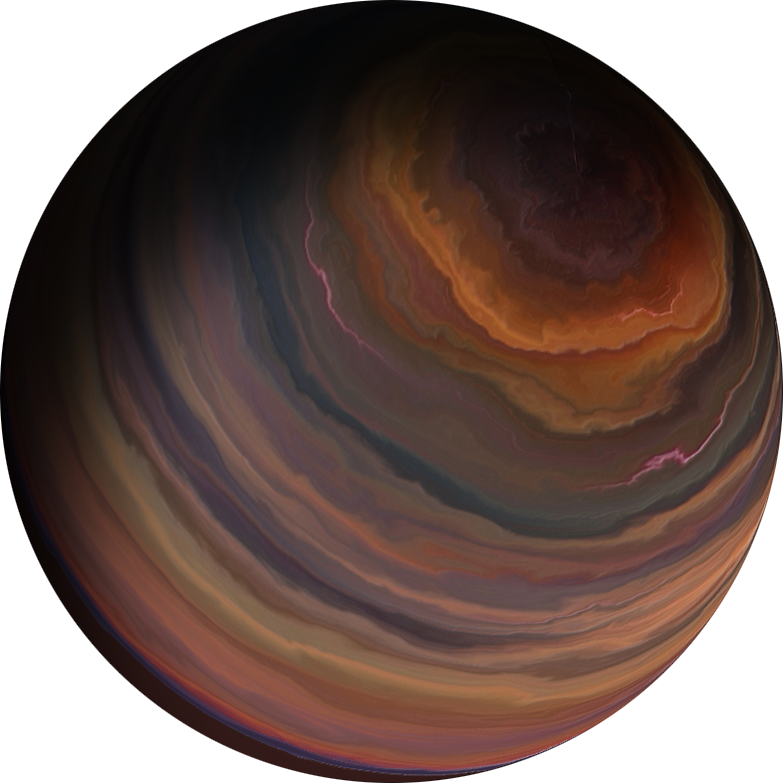 Denebola C is a large gas giant in the Denebola System. It is most well-known for the Federation lunar colony of New Andorra. Covered in an extremely dense and volatile atmosphere, Denebola C is frequently dotted with bright electromagnetic storms clearly visible from orbit. These storms eject plumes of highly electromagnetic and radioactive atmospheric material thousands of kilometers into orbit, posing a major threat to nearby vessels and mining stations. On occasion, exceptionally massive superstorms cause fluctuations in the planetary magnetosphere, exposing outer moons to increased levels of solar radiation and ejecting electromagnetic plumes tens of thousands of kilometers beyond the mesosphere. These larger electromagnetic plumes tend to linger for up to a week, limiting safe travel and communication in affected regions, before eventually being pulled back to the planet's atmosphere.

As a consequence of Denebola C's unstable atmosphere and magnetosphere, permanent colonization efforts in the outer moons has proven a challenge. Intermittent yet temporary magnetosphere collapses expose all but the closest planets to deadly levels of solar radiation. Following a series of anomalously powerful superstorms in 2263, colonization efforts in the outermost orbital regions were halted by Federation order. Despite the Federation's clear concern for the safety of its citizen colonists, a small group of radical separatists have defied Federation orders and recolonized the abandoned and inadequately-shielded military outposts on Vignemale, the dry and barren fourth moon of Denebola C.

Despite the risks involved, the Federation has opened Denebola C's upper atmosphere and rings to resource exploitation ventures. Orbital mining stations in the vicinity of Denebola C are often retrofitted with powerful subspace thrusters, at the expense of material storage capacity, in order to respond to and avoid unexpected electromagnetic storms. The orbital mining industry primarily exports exotic ionized elements used in the manufacture and maintenance of Cherenkov drives. Since the beginning of the First Bug War in 2268, orbital resource exploitation efforts in Denebola C have increased by a staggering 237%, drastically increasing the Denebola System's strategic importance to the Federation war effort.

Shortly before the fall of Dionysus, Denebola C's orbital platforms were infiltrated by control-bugged technicians who collapsed them down to the planet's stormy surface, killing those onboard. Since 2278, Denebola C's few remaining orbital installations are presumed to be under control of the Arachnids.