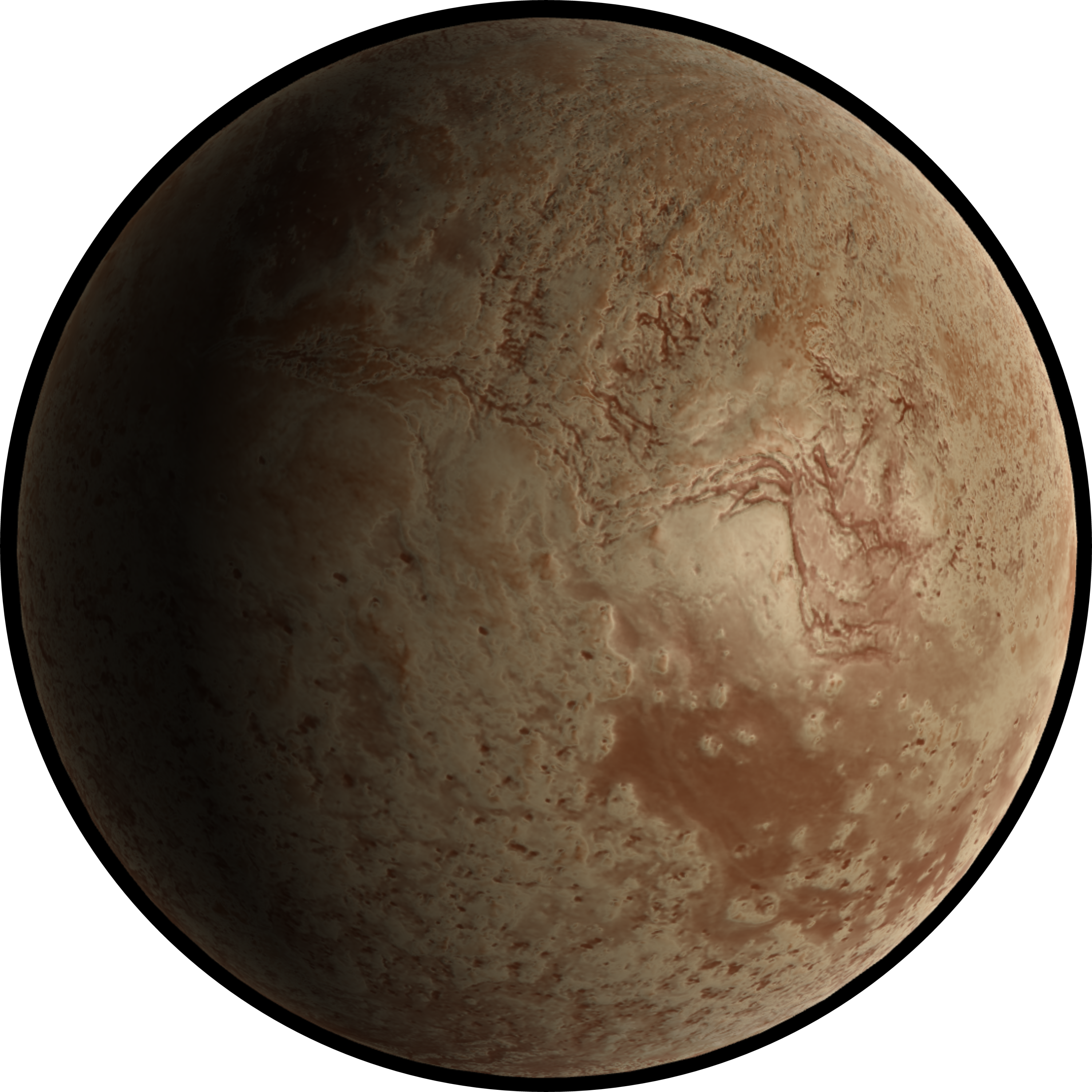 "It's hot as hell, the days and nights are twice as long, and the only hope for a decent leave is on Pizarro. You're surrounded by arid wasteland for 500 kilometers in all directions. Everything is always breaking, and something always needs to be done. The running joke is that the only reason there's a fence around Camp Loyal is to keep the new recruits from drowning themselves."

Cpl. Alex Kissel commenting on the conditions at Camp Loyal, seated on the edge of the Sea of Shem.

Druilhe is an arid planet with a small population mostly composed of Mobile Infantry and Fleet personnel and their families. Today, the planet is mostly used as proving grounds for new innovations in military technology. From experimental weaponry to chemical weapons, the expansive mountain ranges of the Brockman Plateau provide ample space in a landscape similar to Tango Urilla and many other planets in the AQZ. Home to three Mobile Infantry training camps, two FFRL stations, and one Fleet academy, most people who arrive on the planet are almost always involved in the military process in some way, shape, or form. Most of the planet's surface area are arid mountains, particularly the Brockman Plateau which wraps around the planet's equator. Druilhe has three inland seas composed of hydrocarbons. Up to 80% of the planet's fauna and flora is contained within these inland seas (Shem, Noah, and Lamech).

Save for a few initial expiditons, Druilhe was unpopulated until 2265 when a doomsday cult known as 'Om Jallah' or 'The Brothers and Sisters of Universal Understanding and Compassion' hijacked a transport cruiser filled with nearly 5,000 people who were expecting to fly from Pizarro to Wolf Run. The hijacked cruiser was grounded on the harsh surface of Druilhe, in an area now called Martyr's Point. As Fleet and Mobile Infantry surrounded the grounded ship, the cultists planned to overload the ship's reactor and create a nuclear blast, killing themselves and the civilians on board. Thanks to the actions of Ret. Lt. Vadim Bodrov of the 27th Moritas, 'Bodrov's Bastards' and Ret. Cpt. Rina Lange of the UCF-087 Kintpuash, a coordinated attack was made resulting in the deaths of the cult's patriarch (Oscar Meléndez) and 24 of the 76 of their members. 6 civilians were hospitalized, with the remaining cultists detained. Following the incident, SICON began to take interest in the planet's otherwise habitable environment. The first settlement and eventually capitol was Fort Irwin, completed in the spring of 2266.

Following the Civil War, the 36 Ophiuchi System was one of the first to fall to Sanctuary. It's assumed that Druilhe serves as one of their primary planets used for training new recruits due to its proximity to the inner worlds of Sanctuary. It is assumed that Sanctuary has continued to utilize the planet for its original purpose ordained by SICON; that being mostly weapons R&D. After the end of the Civil War, Druilhe was reintegrated into the Federation; day-to-day operations changing very little after Sanctuary's surrender.