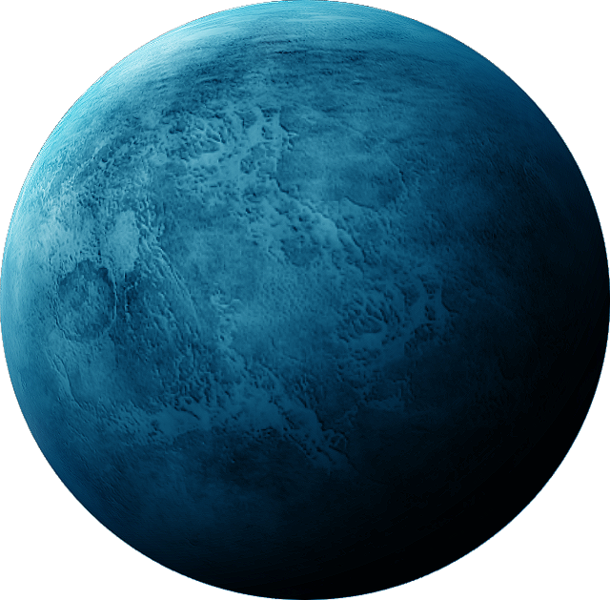 Largely unimportant to the Federation, Hathor's position in space perhaps provides the most practical purpose for the UCF's control over the planet. A relatively stable planet on the outer rim served as an ideal position for SICON to monitor Arachnid and Skinny activity in nearby space. Classed by SICON as a Water World.

"What a fucking pit."

-- actor Peter Hertzfeld remarking on the planet after finishing shooting on location for the 2293 film Arachnid Attack on Praxis Nine!

With colonization efforts beginning at the Southern cape of the continent in 2212, humanity's expansion northward was largely unobstructed. The first settlement founded on Hathor was Neubreslau, settled mostly by various colonists with primarily Western European ancestry. Colonization efforts were initially subsidized by the UCF's Pioneer Corps, enabling large amounts of infrastructure to be built in a relatively short amount of time (2.5 decades until there were populated settlements spanning the entirety of the continent) but this period of prosperity was not to last. After long stretches of economic and social strife following the ending of financial infrastructure support from Geneva, it was decided that the continent would be broken up into three nations that would answer to a singular planetary administration in 2258 to help better cater to the needs of Hathor's denizens. The 2258 Treatise of Hathor splits the continent into the following nations, with the planetary administration residing in the city of Neubreslau:

There are two islands off the coast of the central pangea of the continent, but they are off-limits to civilians are used primarily for weapons and equipment testing by the UCF.

Largely unimportant to the Federation, Hathor's position in space perhaps provides the most practical purpose for the UCF's control over the planet. A relatively stable planet on the outer rim served as an ideal position for SICON to monitor Arachnid and Skinny activity in nearby space. Classed by SICON as a Water World.

The safest and most stable nation on Hathor is Neubreslau. Of the planet's 11,000,000 people, roughly 7,000,000 reside in the greater Neubreslau metropolitan area. The majority of SICON installations are situated in the rural swathes of Neubreslau, close to the border of Siduri and Gauss.

Map of Hathor showing the borders of Neubreslau, Siduri, and Gauss.

Despite its proximity to the AQZ, Hathor has been relatively free from Arachnid attacks, and has avoided any escalations on the Arachnid Infestation Index. The closest event to an Arachnid attack was when it was discovered that a popular documentary maker Jakob Bentley was discovered to be control-bugged after returning from shooting footage on Solovei. Bentley's host was discovered before he was able to travel to a film festival in Neubreslau, and was terminated. The following discovery resulted in a crackdown on many filmmakers who had recently traveled in the AQZ, bringing about concern as to whether the media they were consuming was actually controlled by Arachnids.

A man watches shipping freighters prepare to dock outside of Neubreslau.

Despite being founded primarily by those of Western European ancestry, Hathor attracted a multicultural population that has come to call Hathor home. Many of the cultural practices performed on Earth are also performed on Hathar, including several local holidays and traditions that have developed as time has progressed. There is a large fishing and sailing subculture in all three of Hathor's countries, attracting enterprising fishing magnates to sample the planet's expansive waters. Hathor's oceans boast a wide array of alien life forms, many of which have been incorporated into a unique diet blending local flora and fauna with earthling cuisine. One of the most fished creatures in Hathor is called the Anaveat, a species that prefers the warm currents off the coast of Gauss, but can be found throughout the planet. The 'fish' is said to resemble a mixture between pike and halibut despite appearing similar to a bamboo shark, and has become a staple for many of Hathor's denizens. In addition to the fishing industry, Warwick's beaches are known for galaxy-renowned surf spots that attract tourists from all over. A large group of Chinese diaspora-descended peoples have congregated in Gauss over the past few decades, resulting in the capitol of Leigong to bear similarities to many cities of the former Chinese Hegemony.

Although the landmass of Hathor is relatively small, there are various climates contained within that have allowed a blossoming motion picture industry to take off in Neubreslau. For decades, several films utilized the varied landscapes of Hathor to film wide ranges of different types of films. Neubreslau is recognized as the entertainment capitol of the planet, with hundreds of actors flocking to Hathor in the hopes of getting picked up in the major motion picture.

A film crew shooting an advertisement in the Liszt Desert, 120 km from Warwick, Siduri

Outside of each of the country's capitols, life is considerably more austere and slow-paced. Agricultural and mining towns sustain the high activity of the cities while little is left for the residents of the small communities themselves. A cultural dichotomy exists between the rural populations of Hathor (predominately Siduri and Gauss) and the urban populations, sometimes resulting in conflict. There are intense gaps in wealth between rural and urban residents, which has been exacerbated by the Food Crisis following Operation Breadbasket.

Tensions between the Federation and residents of Leigong reached a fever pitch after the rape and murder of 17 year old Ashleigh Ming in March of 2292. After forensic analysis, it was discovered that Ming was murdered by three Mobile Infantry who had gone AWOL several days prior to the murder. This, following a string of prior transgressions between Mobile Infantry garrisons and residents of Leigong and nearby Gaussian communities, set off a string of armed attacks targeting Mobile Infantry and Fleet facilities in Gauss. A state of emergency was proclaimed by then president of Gauss, Tyko Glebov, requesting military aid from Siduri and Neubreslau. Within three days, the majority of the insurgents were defeated. Approximately 829 armed insurgents were killed, and several thousand arrested. The Federation maintained a heightened military presence in Gauss and parts of Siduri following the uprising, which did little to improve public relations after the insurgence.

On the morning of December 12th, 2297, the president of Siduri, Alfred Tenenbaum began to seize military assets belonging to the UCF using local garrisons of Mobile Infantry stationed in Warwick, presumably in an attempt to wrest Federal control of the planet into his own hands. Tenenbaum had voiced his displeasure with the Federation's direction, but his actions were recognized as those of aggression by Gauss, Neubreslau, and Geneva. Tenenbaum received support from local Sidurian Mobile Infantry regiments, despite their actions against the Federation as a whole. Gauss and Neubreslau denounced Tenenbaum and his administration, leading to the planetary administration to place a state of emergency for the country of Siduri despite President Tenenbaum's assurances otherwise. Nearby Fleet and Mobile Infantry in addition to conscripts from Gauss and Neubreslau were deployed to bring Tenenbaum to justice, hoping to have him stand trial in Geneva. The situation became complicated when Earth was invaded in the middle of the insurrection, over Christmas, and the subsequent dissolving of the United Citizens' Federation.

Reports from after the breaking up of the UCF are difficult to verify. Mobile Infantry sources (311th Moritas, non-local MI who were among the initial QRF to be tasked with capturing Tenenbaum) from Hathor state that Tenenbaum was captured, then turned over to local Mobile Infantry conscripts after the fall of Earth ruled out the chance of a trial in Geneva. Tenenbaum was supposedly tried in an extrajudicial court ran by native Sidurians and local conscripts, and ended with him and members of his cabinet being executed for crimes against the now-defunct Federation.

Siduri is expected to be absorbed either by Neubreslau or Gauss, both of whose governments are now beginning rehabilitation efforts in Siduri, specifically around Warwick, where the fighting was the most intense. The estimated cost to restore Warwick to its previous state is approximately 2.1 billion pounds.