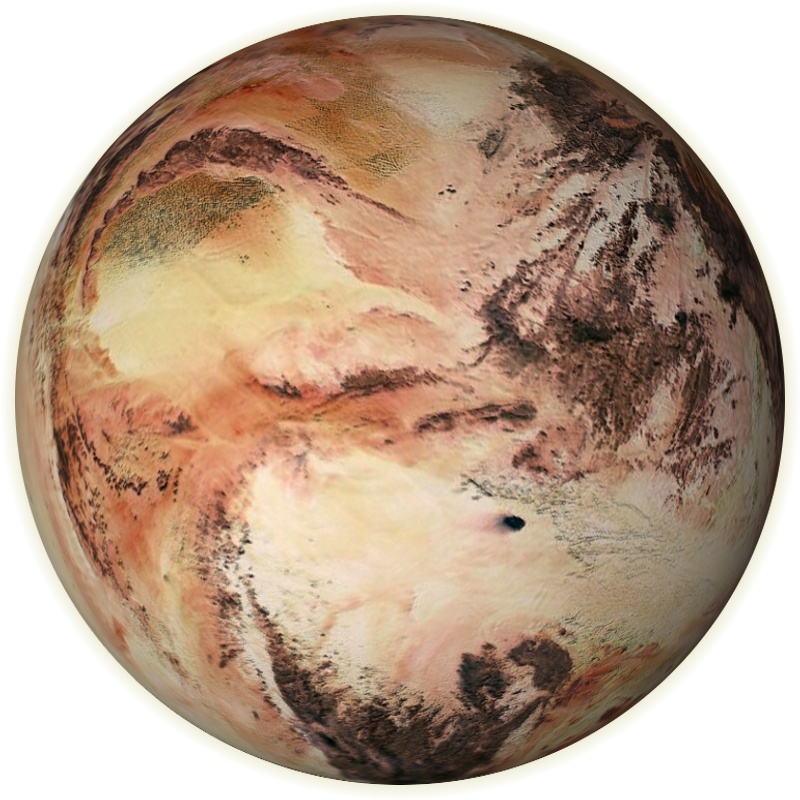 "[Libertas] ... is about as unlucky as Cassandra. Just about the worst assignment you could ask for as a trooper."

A planet with an atmosphere composed mostly of carbon dioxide and a harsh topography with next to no flora or fauna, Libertas' desolation is well known by the troopers unfortunate enough to be stationed there. With an abnormal electromagnetic field, long range radio signals rarely are able to enter or exit the planet's atmosphere. With a vast array of topographic challenges to traversing the planet, the largest hurdle without a doubt is the planet's electromagnetic profile that must be taken into account whenever any large-scale operations take place on Libertas.

Explored initially by a now-defunct subsidiary to Mereson Spaceways in the 2230's, Libertas was scouted in hope of locating resources to meet the ever-expanding needs of the company's shareholders. After coming up empty handed, efforts to further develop the planet were scrapped, and Libertas would remain untouched save for geologic surveys carried out by SICON. It wasn't until shortly after the outbreak of the Arachnid War that the small posts maintained by the Federation used mostly for educational purposes fell under siege by the Bugs in the summer of 2270. Libertas would be a contested planet throughout the course of the First and Second Bug War, proving to be a challenging environment for the Mobile Infantry and Fleet personnel stationed there. Due to electromagnetic phenomena, radio waves are unable to permeate the planet's atmosphere, requiring any long range messages to be transmitted from low orbit higher. This hurdle alone proved to be a massive thorn in SICON's side, making planet-wide coordination incredibly difficult. In order to compensate the troops stationed topside, the development of an orbital station designed to keep regular tabs on planetside operations was undertaken in 2279, being completed the next year. The station, Pileus-1, is manned by a staff of around 300 Fleet technicians monitoring the planet at all times. It hosts a number of Mobile Infantry on standby in the event of a problem topside.

Lake Heidelberg, a soda and salt lake on the Libertas' equator. High levels of evaporation left behind natron (sodium carbonate decahydrate) and trona (sodium sesquicarbonate dihydrate). With a pH of 14, The surrounding bedrock is composed of alkaline, sodium-dominated trachyte lavas that were laid down approximately 7 billion years ago. The lavas have significant amounts of carbonate but very low calcium and magnesium levels. This has allowed the lake to concentrate into a caustic alkaline brine, petrifying anything that happens to die in the lake's waters. Following the Civil War, Libertas briefly fell in the crossroads between Sanctuary and the Coalition, with a handful of skirmishes mostly relegated to space around the planet, with very few excursions down onto the planet itself. During the middle of the Civil War, Arachnids once again invaded Libertas, and attacked targets on the planet irregardless of their affiliation. Following the reunification of the Federation, new efforts have been undertaken to expunge Libertas of its Arachnid population.