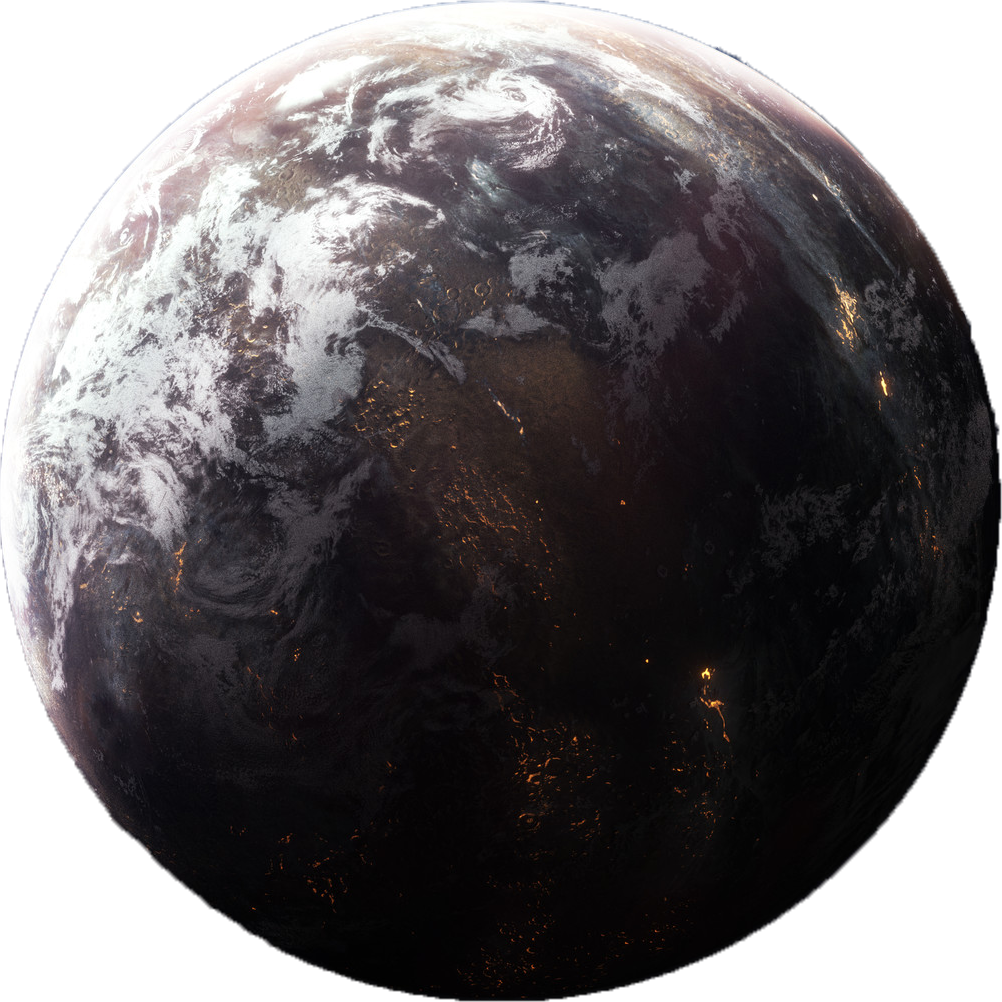 Mu Arae b 1, is the only major moon of the Jupiter-like gas giant of Quijote. The system of Mu Arae is rather notable in the history of Humanity’s expansion towards the stars, being the system where the first Hot Neptune; Dulcinea, was to be discovered, discovered in 2004. Though, it would take another 45 years to be confirmed as such, so the first confirmed Hot Neptune went to Gliese 436b in 2007.

The planets of Mu Arae were all named in 2015, after individuals from the novel “El Ingenioso Hidalgo Don Quixote de la Mancha” or as is known in short: Don Quixote. Quijote comes from Spanish name of the main character, and was assigned to the planet Mu Arae b, which was discovered in 2002. It has a 1.5x the mass of Jupiter, and an orbital period of 643.25 days, which the moon shares. The planet and its moon are within the habitable zone, though it does not receive enough UV light for abiogenesis to begin, or in layman’s time; the origin of life was not capable of beginning.

Colonisation efforts of the moon began in the early 23rd century, where humanity was expanding towards the AQZ. Initially colonised by small organisations which wanted an outpost for relaying fuel between the wave of expansion and the core planets, this quickly grew as hydrogen, helium and methane atmospheric mining from the gas giants expanded, with refineries being produced on the moon of Quijote and the moon of Rocinante, so to reduce costs for the burgeoning company. Using their placement in the frontier, there was a point in Quijote’s past where the twinned colonies contributed 4% of the entirety of the Federation’s fuel production, and the system fuelled from Brisch to Arcadia, to even breakaway unauthorised colonisations beyond the Quarantine zone like Prophet’s Retreat. During this time the system was not an official member of the Federation, though it would offer their military ships “Preferential treatment” with reduced rates, and extradition treaties as to ensure their independence.

With the First and Second bug Wars, the prosperity of the colony came to an end. As Brisch Burned, Prophet’s Retreat fell, and countless other border outposts were overrun, Quijote retreated into the Federation’s arms for protection, and vast amounts of the production was federalised so that the war effort could go on. While by no means made poor by this, the planet lost its sheen, and some companies moved elsewhere where there was more profit to be made.

This stagnant descent continued until the end of the Progenitor war, where the colony re-pledged itself to the resurgent Federation. However, Quijote suffered what could be best described as a horrific emergency.

Due to its relatively close proximity to the gas giant it was captured by during the systems birth, the planet has significant tectonic activity due to the tidal forces involved between it and the star. While this enables relatively easy access to mantle metals, it also means that volcanoes are plentiful on the planet.

During the year 2293, the planet was starting through its 161 day long winter period, when a VEI 8 eruption from the Saavedra formation occurred. While the temperatures usually dropped by an average of 10-15C between Summer and Winter, the eruption caused a volcanic winter, decreasing the temperature globally by a further 5C, and in higher altitudes, by up to 15C. This drop in some areas by up to 30 C caused drastic effects, making the change from Autumn to Winter a sudden event. Hundreds of Thousands fled the planet as crops failed, and snow started falling further and further south. After almost half a standard year later, as the Winter finally ended, Spring arrived later and later, before eventually not coming, as the stratosphere was loaded with the particles given out by the volcanic event. Crops failed in larger numbers as it became harder and harder for large scale farming outside of heated greenhouses. This cooling meant that significant amounts of snow and ice did not start melting until almost halfway through the moon’s year. This resulted in the fact that when Winter returned in 2295, large amounts of the prior winter’s ice was still unmelted, and in some cases strengthened during the autumn. As temperatures dropped to arctic conditions, the government revealed their new plan to rebuild towns so that they were no longer threatened by the worsening climate. As such, entire towns were replaced and remade further to the North where permanent ice enabled them to avoid encroaching snows from swallowing them, with specific aims towards areas of geological activity for geothermal heating and energy. Those that did not wish to move to these new homes either left the planet for Rocinante, or for colonies further afield as the Government moved more and more of its resources to the frigid North.

Come 2300, the planet was almost covered by snow, as further eruptions polluted the stratosphere and the ice reflected more sunlight back off the planet. By now, the new style of cities were fully in place, and the remaining population had united behind 3 parties to lead the colony.

The chief trading point for the Colony initially, and the system as a whole, came from atmospheric mining. Using its proximity to the frontier, Quijote's airspace was a flurry of scoopers and mining cruisers busying between the gas giants and the two moons. Now, it refines the stores of hydrogen, Helium, Methane and other forms of gas in vast quantities, delivered by ships designed to withstand the polluted atmosphere. A large-scale water industry has also set up with government grants to try and deal with the frost, or at least, keep the snow and ice from overtaking the settlements. This company is doing rather well in the Brisch stock market, surpassing even the GHK Company which had originally been the major setup for the colony

The businesses on Quijote are dominated by five major Corporations.

The remaining people of Quijote have grown up and lived in the cold and sheltered zones of the planet for a decade now. As such, they have a strong sense of home, viewing it as Shelter against the cold and the wind. The planet’s new structures are architectural example of this desire, ordered around a central location, such as a large public forum. This is encapsulated by the new Capital of Nakashikumo, replacing the former city of Yikburn as the capital of the planet, being built against and on a rock structure for increased defences against the strong winds which can be found in the polar north. It is also the location for the System Governor's residence and the system's parliament, which has its seats split to ensure there is equal representation for each planet, despite the population differences, despite this, both planets only have the three same major political parties. The people of Quijote are also rather superstitious. Examples involve never mending clothes on a cloudy day, or that spotting a wild bird is a bad omen.

The laws on Quijote can seem rather draconian, even compared to the Federation. Where on most planets, stealing would see someone publicly lashed, or put in stocks to shame them, on Quijote, stealing from someone is classed as a capital offense, though it is a rarity that such a punishment is given. However, those jailed on the planet are often placed under harsh labour. This entails working in the arctic conditions to create the new cities by hand. Because of the conditions, it is common for those who manage to finish their imprisonment have lost fingers, toes, even entire limbs, to frostbite.

What native wildlife on the planet was brought over from Earth due to the planet not having any existing life forms. The animals which survived the volcanic winter and the frost however, has significantly reduced the amount of life on the planet. The moon and the planet it orbits are too far from the star to receive Ultraviolet light, so life never truly started. As such, many animals one would find in Arctic and desert regions are found on the planet, and both fresh and saltwater fish such as salmon and sea goldies swimming in the lakes and seas. This has helped with the terraforming process, with many animals growing larger than their Earth equivalents with the increased oxygen in the atmosphere.