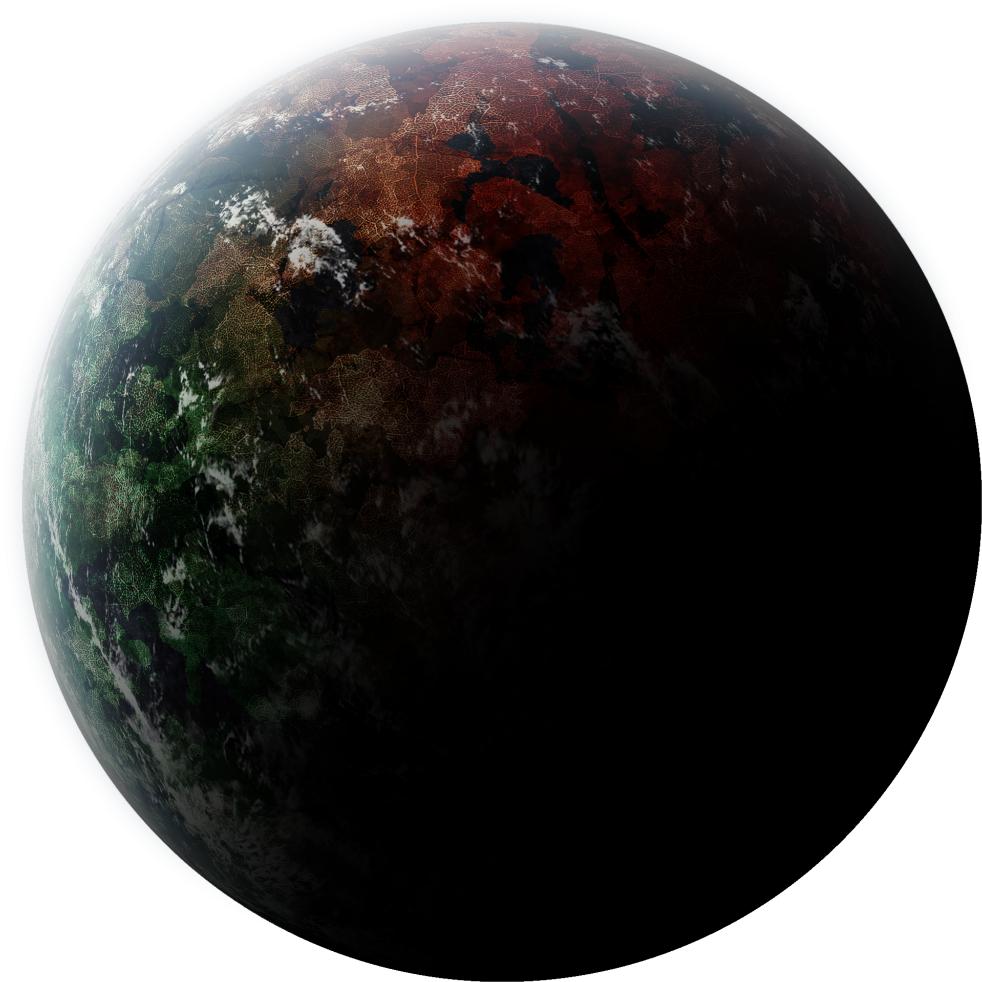 Heavy work in progress. Sarns III is a high gravity world with wide rolling plains and minimally sized forests. It has a spread population of over 70k residents and a small over all population of citizens. It has small deserts scattered around the planet and a single large body of water that covers 30% of the surface of Sarns III.

Governor Faheem Hale: Current Governor of Sarns III and a native to the planet.

Samuel Vimes: Current CO of the PDF on Sarns III

Klausen: Capital of Sarns III, it holds the most defenses and highest population.

Mirrington: Home of Sarns Industries, this city holds much of the non-labor jobs on the planet.

Browsmere: Operated by the Eastern Federal Shipping Company, Browsmere is the space port for the planet and serves as the housing area for its large cargo ships that transport goods and materials across the Federation and outer colonies.

Woden-on-sea: The port town situated on the sea of Aegir, home to an insurance company under the title Builders League United.

Mining towns: The surface of Sarns III is covered in mining towns, ranging from a few dozen to over a thousand people in each town.

Much like the discoveries of many of the star systems we currently inhabit, the Sarns system was found much earlier compared to when it was colonized. Initially it was going to be a stepping stone for travelers into the the rest of the outer colonies, but expansion outwards has slowed in recent history. When it was finally colonized in 2227 much of the inhabitants would have a rough time living on the planet, while surveys to the other planets showed promise for interplanetary mining operations.

Much of the trade on Sarns III consists of materials used in ship and weapons production through out the Federation. They sell iron, steel, farming implements, and textiles to their neighbors and beyond. Gardeners who enjoy a taste of Terra will appreciate the many plants grown on Sarns III which having a striking resemblance to those found on Earth, and gives an insight to the plants that existed early in Earth's history.

The work on Sarns III is mostly manual labor jobs; farming, mining, steel manufacturing, and many others. Few jobs on Sarns III aren't manual labor, but those that aren't manual labor generally means you get a higher pay. Most jobs pay enough to feed you, but its hard to make it alone on the planet. The few who leave the planet to attain Citizenship return to enlist in the PDF unit planetside or work in politics on the planet as lawyers and attorneys for the corporations.

Sarns Industries: The largest of the many corporations, this multi-facted mining company holds a large stake in the history of Sarns III as the founding corporation of the planet.

Miners Inc: The second largest corporation on the planet, this company deals mostly in mineral processing and creates much of the planet made vehicles and equipment.

Builders League United: An insurance company on the planet that deals mostly with workers comp and hazard pay, and fights for better regulations for mines.

The People of Sarns III (thats what they call themselves) are a hardy and stubborn people from a very mixed ethnic background. Most of the people who arrived on Sarns III were expecting to move onward to other planets, but later stayed on the planet thanks to its harsh frontier like feel. Many people during its inception came to Sarns III when they heard of the high gravity, and wanted to experience what it feels like. These people later settled along with those who were willing to carve out farmlands and enterprising businessmen looking to make money off of this large iron filled rock.

The topography of Sarns III is mostly arid grasslands with a few small forests dotting the many causeways and deltas across the planet. Theres one mountain range to the north of the planet that was the sight of conflict between the MI and Arachnids..