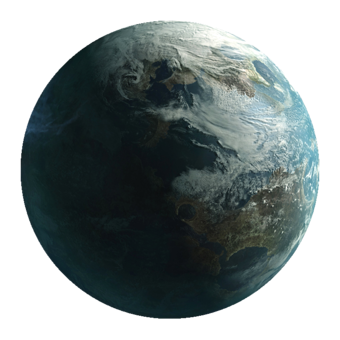 Scarvis is a Colonial Planet that is located RSC+045-015 from Sol around the Erving star colonized in 2264. The planet was ravaged by Arachnids in 2300, but now stands steadfast in rebuilding. It’s population is around 167,000+ people.

Governor Markus Rutherford: The current governor of Scarvis, gaining office during the Arachnid attack in 2299.

Jamie Carlton: One of the new lead actors on Zegma Night's current 8th season playing the veteran straight man friend to the main cast. A beloved fan favourite due to his cool nature and stoic attitude.

Lia Castillo: An accredited journalist for ET NEWS, famed for her efforts on documenting the fallout of the Civil War. She still puts out news journals on Fednet.

Hoy: The Capital of Scarvis. Hoy is a city of around 80,000 residents that is currently undergoing repair and rebuilding.

Straling desert: The desert that was the home to an arachnid invasion. It has gained a certain infamy for this fact so much so that people often mischaracterise Scarvis as a desert planet due to this.

New Arland Training Center: This is an MI Training Center located on the island of New Arland. The base itself is located in a densely wooded area and is used to train new recruits for the Mobile Infantry and for training exercises for already serving platoons.

R.E.M. Site #1: Roland & Ethan Mining Industry Site 1, is a Mining site located on the eastern side of the Hjerte crater. It is currently the only mining site on Scarvis after Site 2 and Site 3 were destroyed by Arachnids in 2300.

New Olympia Base: The New Olympia Base is a Planetary Defense Force Base that was dedicated to overseeing and containing Arachnids in the Straling Desert, up until 2300 when those arachnids were eradicated off of Scarvis.

Waterway Scar-Base: This base in the southern hemisphere of Scarvis is a research base for the Castus Corporation.

In 2051 a Russo-Anglo-American Alliance astronomer, Alek Erving, discovered that the star known as HIP 111755 (located near the Gahlia Nebula) had a celestial body that was perfectly in the goldilocks zone and seemed to have two moons. He named the planet and it’s moons after his niece who was born three days before the discovery, Leona ‘Aryn’ Scarvis.

In 2079 as part of the forward colonisation plan Scarvis is placed in the bottom tier of a list that would see humanity colonising planets such as Brisch and Pallas. This led to the first humans arriving on Scarvis in 2181 finding the planet sprouting its own weather beaten fauna and flora along with incredibly large amounts of natural resources. During this landing one Master Chief Petty Officer Ryan Carling accidentally lost two pet rabbits on the planet.

Official colonisation began in 2264 with a group of Terran and Pallas residents. Approximately 120, 000 Residents moved within the first two waves of colonisation introducing native Terran flora. By 2273 the city of Hoy rather simply meant ‘High’ in an old Terran language known as Norwegian.

In 2277 the Veteran’s Housing Initiative (VHI) was placed on Scarvis to provide cheaper homes to federal veterans; offering them a plot of land and subsidised building costs. This initiative has brought in around 32,000 citizens to Scarvis.

During the Second Bug War, a bug meteor landed in the Straling Desert. The landing point fortunately fell beneath a hole in Scarvis’ ozone layer, exposing the formulative colony to large amounts of radiation that led to dramatically inferior new arachnids being produced, with weaker chitin armour and a smaller body structure. The weakened hive was left in place for research, training and developments purposes, and successfully kept under control until 2300, when it developed that the Arachnid hive had rooted out the radiation introduced genetic degradation, and begun to develop at full strength, attacking local forces and the Mobile Infantry. The Arachnids were beaten back and the hive was destroyed with only 35,677 lives lost.

Another invasion of Scarvis was launched in 2300 leading to a decimation of it's population. During this conflict 56,422 people were killed out of it's 200,000+ populace. Following the removal of Arachnids from Scarvis in 2300, the planet moved into extensive rebuilding efforts of Hoy and Veteran Homesteads whilst advocating for stronger defense measures needed on Scarvis.

The vast majority of the original 30,000+ settlers of Scarvis hailed from European Terran, which is now reflected in some of the naming conventions on Scarvis, often leaning towards the old language of Norwegian in names or words. Quickly however, due to the mixing of Terran and Pallas accents, the people of Scarvis gained an amalgamated accent over two generations, born of their different colloquialisms and dialects. Because of Scarvis’ nature many people choose to live outside of its single city, preferring homesteads, referred to as ‘Gards’. These gards are often closed communities that comprise families and friends that chose to live in isolation for simpler lives. Gards often have round structured buildings, often forming a courtyard of some sort in the center. They were originally created during the Colonization process as a way for colonists to be fully self sufficient, this seemed to attract a certain caliber of individual which had a concerning number of Mobile Infantry veterans. In time this helped lead to the Colonial Goverment of Scarvis setting up the VHI program, to incentive more veterans and Citizens to relocate to Scarvis for cheaper homes and simpler lives.

The people of Scarvis are divided into two groups when it comes to the average pastimes. City people and Gard people. Those on Gards are often Farmers and more outdoorsy people, they are more likely to enjoy hunting, fishing, shooting and racing. The do still have the internet and access to the normal activities most participate in. The people of Hoy however are more urban in life style, often spending time socially drinking, visiting movie theaters and attending local events such as parades and festivals.

Scarvis, like many small colonies, have a deep seated nature in sports. They are highly competitive and the success and failure of their teams often lead to spouts of online traffic that is less than productive. More often than not it’s directed at Wiaria Argonauts due their large feudalistic rivalry.

Scarvan landscape of rolling mountains and forests is striking and used to lead to a rather substantial amount of tourism. This however ended with the Arachnid invasion of the planet, but is hoped to return in the future.

Scarvis is connected to the main trading network for SICON via it’s hyper-space lane at exit Erving. Scarvis is one of the largest exporters of common metals such as Titanium, Iron and Gold along with uncommon metals like Iridium, Palladium and Rhodium, all of which have uses all over the federation, especially in ship-building and electronics.

The machining market on Scarvis is immense with large autonomous factories dedicated to the creation of luxury goods and personal appliances.

The food market on Scarvis is also thriving, with many veterans that moved for the VHI looking for a simple life, farming. This has led to Scarvan agriculture gaining a tremendous reputation for being of high quality and highly priced among the other colonies.

Most Scarvan natives work in mining, farming or manufacturing, however the service industry is currently booming due to many provisions given to colonies post the Federal civil-conflict. Other than this most other Scarvan natives are employed by the government as Colonial Scarvan Police Force (CSPF) or as Colonial Government Servants.

Scarvis is home to many companies. The corporations of Note to SICON are:

A hub for entertainment, news and networking on Scarvis granted a higher level of autonomy after the Iskandan Articles. ET is a subscription based service that 86% of Scarvan natives subscribe to. It also has one of the most reliable news networks in Fednet after the colonies were granted more autonomy in their publications after the Iskandan articles of 2299.

A simple mining core based in Scarvis that deals with ferrying specialized steels and alloys to Hesperus and Pallas for ship building. They employ a notable part of Scarvis’ population. They are currently undergoing rebuilding of two lost mining sites on Scarvis with aid from PDF.

A machining company that takes various contracts for specialized machine parts for various components throughout the Federation. They have multiple contracts with Federal Intelligence to make replacement and upgrade parts for federal Dropships. They also make consumer luxury goods, often in the form of appliances.

Rents a mass amount of Scarvis’ land and uses it for Farming, Lumber and hunting. Mostly grows a local Flora known as Hojvede (Hove for short) which is similar to wheat but grows up to 10ft tall and seeds from base to top instead of  wheat's smaller head at the top.

A federally supported research base that works on commercial research for projects such as FTL refinement, Energy efficiency and infrastructure improvements. This is a fairly autonomous subsidiary of the Castus Corporation.

Scarvis has a rocky relationship with defense relying on troops as a main force rather than orbital weaponry like other colonies. This is most likely due to the overwhelming majority of Citizens aged between 30-50 on Scarvis having been a part of the Mobile Infantry, Police force or PDF and moving for the VHI. This old age thinking is the argument for what lead to Scarvis’ decimation in 2300.

Scarvis also had many training camps for Mobile infantry and PDF forces. Most of which are still standing due to their remote nature on the many islands in Scarvis’ oceans.

Compared to the 4.6 billion years of Earth, Scarvis is only around 1.6 billion years old. This means, Scarvis should statistically be going through extensive tectonic shifts, however it is not and acts in a rather stable manner. The surface of Scarvis due to it's young age, is still dotted with various craters due to asteroid collisions before it gained an atmosphere. These craters are the cause of most of Scarvis' mountain ranges and have also uncovered many valuable metals making it far easier to mine than it would be on most worlds, due to them being relatively exposed.

Scarvis' ecosystem has many differing species, some native to the planet, some imported from Earth and other Federal colonies. There were hundreds of different kinds of trees, plants, and animals including Wild-Hove, Douglas Firs, Western Hemlock, Ceada, wild apple trees, gray wolves, rabbits, bears, owls and carp imported from Terra. The idea to import many earth fauna came after a discovery of a thriving rabbit population after an accident during the appraisal process for Scarvis. It turned out many of the local plant life was perfectly edible for Terran fauna, so many Terran species were brought to the planet to feed its ecosystem. Scarvis is now more lively than ever with the Terran fauna making a brilliant addition to the native food-chain.

Scarvis is located in the Gahlia nebula, which has visible effects on the night sky and planets two moons, 'Leona' and 'Aryn'. The planet also takes 14 months to do a full rotation of the sun. This has lead to the months of 'Undecember' and 'Duodecember' being made. These astronomical aspects aid with tourism, however for many moving to Scarvis, a red night sky in August can be quite the shock. Especially to some religious.