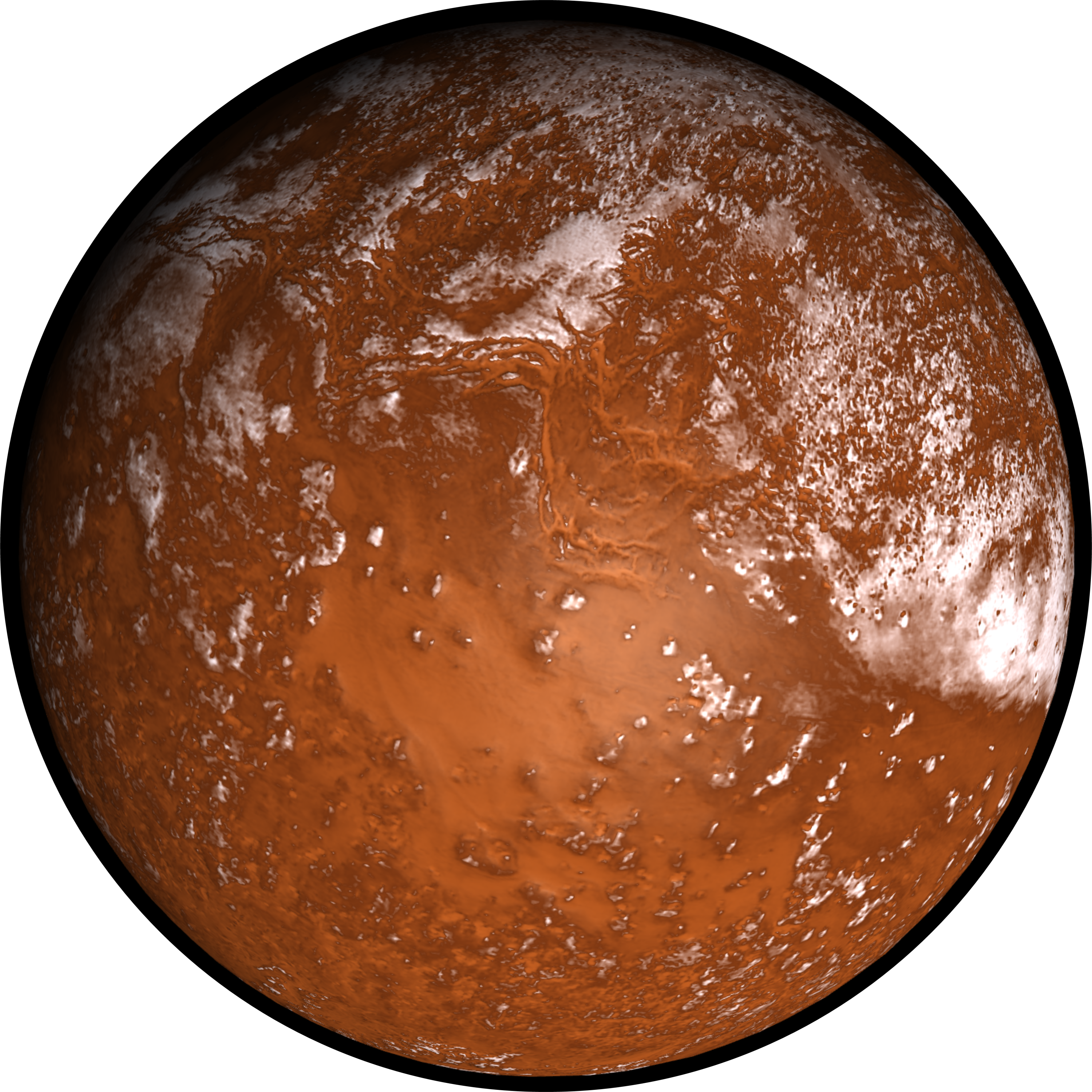 In light of the encounter with the mysterious aliens, SICON decided to establish a colony on Tango Urilla, both as a means of demonstrating possession of the Altair system and in hopes of managing to establish communication with the aliens should they ever return. Of course, they never have but the colony has found other ways to be of use to the Federation.

Tango Urilla had a difficult time getting started as a colony, located as far from Sol as it was and so near alien and potentially hostile space. Though it was founded some 45 years ago, the colony’s population remained below 20,000 for the first decade of its existence until the complete lack of any military action convinced other potential colonists on Earth that it was safe to go.

Over the course of its existence, Tango Urilla has built up a reputation as a supply world – generating far more food and raw materials than it needs to survive. The excess is picked up by SICON and civilian transports, then either stockpiled or conveyed to Luna for processing and distribution. The ionic nebula surrounding the Altair system continues to be a problem for Tango Urilla. The havoc the nebula can wreak on a starship’s systems means no ship visits Tango Urilla that does not absolutely have to. In the past, this has left the colony undersupplied or unsupplied in certain goods. Fortunately for the colonists, the agricultural resources of the colony mean that food with never be lacking, even if their FedNet programming is months old by the time they receive it.

Recently, rumours of bug activity in nearby space (and even on the planet itself ) have begun circulating through the colony. SICON has thoroughly investigated each of these rumours and has told the colonists there is no danger.

The Raid on Tango Urilla began with an air strike by TAC Fighters over a horde of Warrior Bugs on the planet's surface. Afterward, the Roughnecks were deployed into the region, to kill any surviving Bugs. During the mop up process, General Johnny Rico found a Bug hole guarded by two Warrior Bugs. The hole was quickly nuked and its inhabitants killed.

During the sweep, Rico's squad was contacted by the main force of the Roughnecks requesting reinforcements due to the stiff resistance they had encountered. Upon returning to the main force, the Arachnids were being pushed back by the Mobile Infantry, until behind their lines a Tanker Bug burst out of the ground and sprayed a burst of corrosive liquid toward the Roughnecks troopers.

After the MI vessel known as the Grant was shot down in the Arachnid Quarantine Zone, many of the arachnid's population were slaughtered by the rogue MI troop that crash landed there. This was seen as an act of war by the arachnids, causing mass populations of the race to begin an assault on Tango Urilla. Thousands died in the first few hours of the invasion, with the MI platoon responsible for re-igniting the war were promptly arrested, and are being held at a detention center in New Madrid for trial on account of treason (as of April 21th 2299).

Though Tango Urilla makes valuable contributions to the Federation, the colonists have long been aware of the fact that their home is of low status when compared to other stellar colonies. Recently, after SICON compiled the Retention Index numbers for each of the stellar colonies, someone in SICON leaked Tango Urilla’s ranking to the colonists, deepening the realisation that this distant outpost of humanity is not considered valuable by the government. This knowledge has created a divide in the population, though until the Retention Index ranking came out, the divide was subtle enough that most outsiders would not have noticed it without looking. The attitude of SICON and the Federation toward Tango Urilla has made some of the colonists angry, even hostile and there have been whispered talks of separatism in some corners of Altair City, the colony’s capital. On the other side of the divide, representing a larger portion of the population, are those who remain loyal to the Federation and only want to find a way to make their home more valuable, to encourage SICON to defend it. They fear the whisperings of the would-be separatists will only serve to make SICON even less interested in retaining Tango Urilla in the face of an attack by the Skinnies or the bugs.

By and large, the people of Tango Urilla feel somewhat isolated from the Federation, less a part of humanity at large than the other colonies. To an outsider, they tend to seem desperate and nervous, qualities that can make the most innocent of them be seen as suspicious.

Tango Urilla is governed by a single leader, a citizen appointed by the governor of the system. Both the governor and the leader occupy offices in the Federal Building in Altair City. The laws of Tango Urilla are exactly the same as those of the Federation at large, with no additional provisions unique to the planet. For the most part, however, there is rarely a need for these laws as Tango Urilla’s small population has an equally small criminal element. Despite the rumours of separatist sentiment, no one has yet been caught or tried on such charges.

One of the contributing reasons for Tango Urilla’s low Retention Index score is the fact that there is very little corporate investment in the colony. Unlike other agricultural and resource production worlds, the majority of the viable farmland and mineral deposits are worked by private citizens and civilians. Without a powerful corporation back on Earth to stress the need of maintaining its holdings to SICON, it is easy for a planet like Tango Urilla to become virtually forgotten. The fact that most people of Tango Urilla work for themselves (or for another citizen or civilian of the colony) rather than as cogs in a giant corporation has translated into a slightly larger median income for the colony. The surplus production of the colony is considerable and most transport ships depart the planet leaving a good amount of money behind. However, there is little enough on the planet for the colonists to spend it on.

There is very little of interest on the planet of Tango Urilla or even in the entirety of the Altair system, except to scientists. Aside from transport and supply ships, the only visitors to the colony tend to be astronomers in the system to study the ionic nebula (known colloquially as the Tango Cloud), or from geologists come to study the makeup of the young planet.