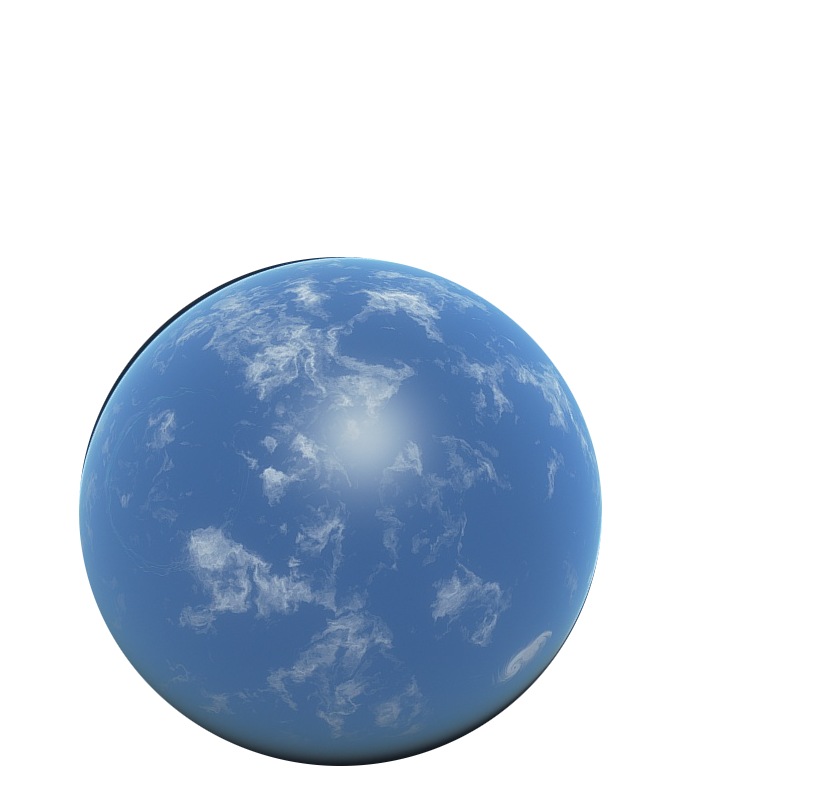 What can be said about Zegama Beach that has not been seen on a hundred sky boards and FedNet commercials? It is a veritable citizen’s dream of luxury given form – an Eden in our galaxy with sand, sun and surf as far as the eye can see. Even from orbit, the light clouds of Zegama do nothing to spoil the skies of this dream world. Without inclement weather to spoil a vacation and with an ecosystem that fosters mineral springs, safe ocean waters and tanning beneath the mildest star in space, everything about Zegama Beach says leisure. It says paradise. It says pleasure.

Zegama Beach's status as a popular vacation spot didn't stop Arachnids from mounting a surprise attack during the First Bug War, wiping out the vast majority of the unprepared colony. The Federation reclaimed Zegema Beach once more after nearly half a year of arduous fighting against the entrenched Arachnids. The estimated cost to restore Zegema Beach to its previous state is estimated to be approximately 78,000,000,000,000 pounds. Today, Zegema Beach is safe, and is guarded closely by Fleet and Mobile Infantry assets. What is even better for the Mobile Infantry is that our presence as a protection force for the planet gives us Rest and Relaxation rights there when on leave. If that alone is not a reason to sign up today, you have obviously never seen an episode of Zegama Nights©™

In almost all cases throughout its history, the UCF has had a difficult time convincing potential colonists to go join a newly established colony. Not so with Zegama Beach. From the moment the Vickers returned to Earth with a data core full of information about this beautiful world, hopeful citizens and civilians began to queue up for a chance to relocate there. Within a year of the world’s discovery, the first structures of the new colony were erected.

SICON saw Zegama Beach as a perfect place for a new military base, a concentration of armed might at the edges of UCF influence. As colonists began to arrive, SICON cordoned off a chain of several large islands for its own use. Zegama Base has become of the largest military bases for SICON, as well as the most-requested posting for anyone in Fleet or the Mobile Infantry.

Many in the Federation were concerned that Zegama Beach was somehow too good, that there was a danger of some kind lurking unseen on the planet. This fear was about the only thing that kept Zegama Beach from being flooded with new inhabitants immediately after its discovery. Just one or two years after the founding of the colony of Zegama Beach, years of complete peace in which the new colonists rejoiced in their luck at living on such a beautiful world, it had become clear there was no such hidden danger. Combined with the establishment of the fundamentals of an infrastructure on the world, this newfound reassurance spurred a second wave of migration to Zegama Beach.

Unlike the initial colonists, indeed, unlike most colonists throughout the UCF, this second wave was made up not of people looking for better chances or a fresh start but by the wealthy. Some of the richest citizens and civilians of the Federation came to Zegama Beach, bringing with them the monetary resources that changed the planet from a paradise into a luxurious paradise.

Zegama Beach truly came into its own almost immediately after the colony’s founding, when Maxwell and Christina O’Shea, major stockholders of Emerald Isle Entertainment, selected Zegama Beach as the filming location for all the corporation’s projects. It was a wise business decision and was quickly echoed by almost every other entertainment business in the UCF. With a few short years, Zegama Beach was the undisputed capital of entertainment in the United Citizens’ Federation and it has remained so ever since.

The culture of Zegama Beach is epitomised by the search for fame and wealth, preferably concurrently but in that order if need be. The planet boasts the third-largest population of all the UCF colonies and undoubtedly represents the largest concentration of wealth in the entirety of humanity’s holdings. The culture and society of Zegama Beach have been described as ‘shiny’, ‘shallow’, ‘plastic’ and ‘dreamlike.’ Though the primary reason for the colony’s founding 20 years ago was as a military strongpoint near the edges of the space claimed by the UCF, that reason has long since been eclipsed. Today, when people think of Zegama Beach, they think of the nearconstant stream of entertainment programmes produced by the planet, the beautiful and wealthy people that populate it, the ubiquitous dream of stardom that suffuses the world and the most sought after vacation spot within the entirety of the Federation, though the cost of even spending a week on the planet is beyond the reach of many of the UCF’s citizens and civilians. As mentioned above, Zegama Beach is most well known for the entertainment it produces. The planet hosts the headquarters of practically every entertainment company worth mentioning, most particularly those that produce FedNet programmes and other visual entertainment. The FedNet programme Zegama Nights, the highest-rated programme of the last five years (and the highest-rated programme in FedNet history) is but one of the hundreds of shows produced on the planet. Of course, there are other forms of entertainment besides FedNet programmes, and Zegama Beach produces those as well. Malcolm Hart, the author of the very popular children’s book series ‘Trooper Tom’ lives and works on Zegama Beach, as does Ian Nicholas, the author of the ‘Johnny Tanner’ books, another popular children’s series about a group of three young psychics on Earth, trying to overcome prejudice against psychics while helping police solve crimes and outwitting adult criminals.

There are no laws specific to Zegama Beach the average visiting citizen or civilian need be aware of. The planet certainly has its fair share of crime, an unavoidable byproduct of its role in the entertainment industry, and the law enforcement officials on the colony certainly do have their hands full. The most common white-collar crimes involve copyright laws, as one entertainment company may ‘borrow’ too liberally from the works of another. The most common blue-collar crimes involve the planet’s drug trade in dust and other controlled substances, which is the root cause of most of the violent crime experienced on the planet.

However, while Zegama Beach has its share of crime, Governor Amelia Rourke and other civic leaders have FedNet Premium Entertainment Feed made it their business to remind the UCF’s citizens and civilians that there is actually much less crime on the planet than someone gleaning all their information from various fictional FedNet programmes set on Zegama Beach might realise. Whether or not this is at all necessary is a matter of opinion, for even before Governor Rourke and others began this campaign, there was no lack of potential colonists and vacationers setting their sights on the crystal waters and endless beaches of Zegama Beach.

Despite the planet’s crime, life does not emulate fiction, at least not among Zegama Beach’s police force and other law enforcement officers who are often quoted as saying their lives are nothing like those of Detectives Lance Duke, Drake Tunsten and Shannon Dunbar, the three main characters of Zegama Nights. No doubt this news comes as a tremendous disappointment to the hundreds of millions of people who watch the programme religiously every week on FedNet.

In terms of concrete value to the UCF, Zegama Beach produces next to nothing. It has no great shipbuilding facilities like those of Hesperus, no immense mining operations like those of Hod and Pollor, no worldwide agricultural works like Iskander. The great ocean that covers much of the planet’s surface does yield tremendous amounts of fish for the companies with such interests but the entirety of the harvest is consumed on-planet, with virtually nothing exported to the Federation at large.

It has been said that hope and dreams drive the economy of Zegama Beach. Of course, that is rather poetic language but it is not without a kernel of truth. Like any other place in the UCF, money and the will of citizens and civilians drives the economy. On Zegama Beach, however, the sheer wealth of so many of the colonists has driven the economy through the roof. The planet is, without a doubt, the most expensive place in the entirety of the UCF to live. The incredible expense of maintaining a lifestyle on Zegama Beach, even if only for a few weeks of holiday time for some visitors on vacation, combined with the colony’s prodigious output of entertainment of every form, equates to a great deal of wealth flowing from the colony to Earth. This immense taxation base, along with the large military facility on the planet, is what helps keep Zegama Beach’s Retention Index so very high.

Of course, not every person on Zegama Beach is a media mogul or a captain of industry. Just as the planet boasts a larger percentage of wealthy than any other place in the UCF (a fact that certainly plays a role as well in the colony’s Retention Index), it is also home to large population of poor. Ironically, many of these people would not be poor on any other world in the UCF, but as all governmental assistance is based on the scale of Earth’s particular economy, they stand very much in the shadow of the terrifically wealthy citizens and civilians of Zegama Beach. What makes this dichotomy so striking to an outsider is the almost total absence of a middle class on the planet – people are at either one end or the other of the economic scale.

The planet also sees a tremendous number of Fleet and Mobile Infantry personnel coming and going and any ship’s captain or company lieutenant who sets down on Zegama Beach knows he had better do all he can to arrange shore leave for his men and women, or his job will become much, much harder for the next month or two. The planet is visited at least once a week by Fleet ships, if only to transport a data core full of newly produced programming back to FedNet on Earth.

Zegama Beach has more points of interest than can be listed here. Practically every one of the hundreds of islands in its immense archipelago has some feature to recommend it. However, here is a list of the most popular spots for tourists:

The capital city of Zegama Beach takes up about half of Ypres Island, and is only a short ride by boat or shuttle from Mirror Beach. New California has a population of nearly 100,000, with the highest concentration of millionaires and celebrities anywhere in the Federation. Every major entertainment corporation has its headquarters here and it is also home to Clemmerson University, one of the finest universities outside the Sol system, with tuition prices to match. Lastly, New California supports several fine museums dedicated to subjects like the history of the Federation, the history of Zegama Beach and of course the history of film.

The location for the Zegama Nights FedNet programme has always been a tremendous draw for the colony but since the programme began showing on FedNet five years ago, it has become the ‘must-see’ spot for anyone visiting the colony. The sand of the wide beach is mixed with billions upon billions of flecks of various reflective minerals, making it shine almost like a mirror. Perhaps the greatest draw, however, is exactly what it has always been – Mirror Beach is home year-round to thousands of young people wearing next to nothing, providing some of the most stimulating people-watching anywhere in the UCF. Mirror Beach is immediately adjacent to Ciudad del Mar, one of the largest and most cosmopolitan cities on Zegama Beach, or anywhere in the Federation.